Yes, we did it! Our game has arrived in Version 0.2.0. After one month of improvements,  you can fly through space and fight against other satellites with lasers and other great weapons. It’s possible to build your ship even bigger and better now too.

The satellite you're building can become a large space-battleship.

Now you get points for dealing damage and destroying all kinds of spaceships!

When the game was just made for a game-jam, it was ok to just add one score point for killing an enemy. But now we want something proper and add score points for dealing damage and some extra points when you destroy something. 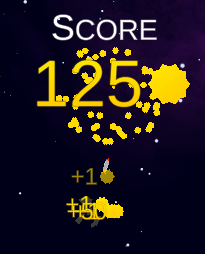 In the scoreboard, you can see the most famous spaceship-pilots. Maybe you can be one of them! 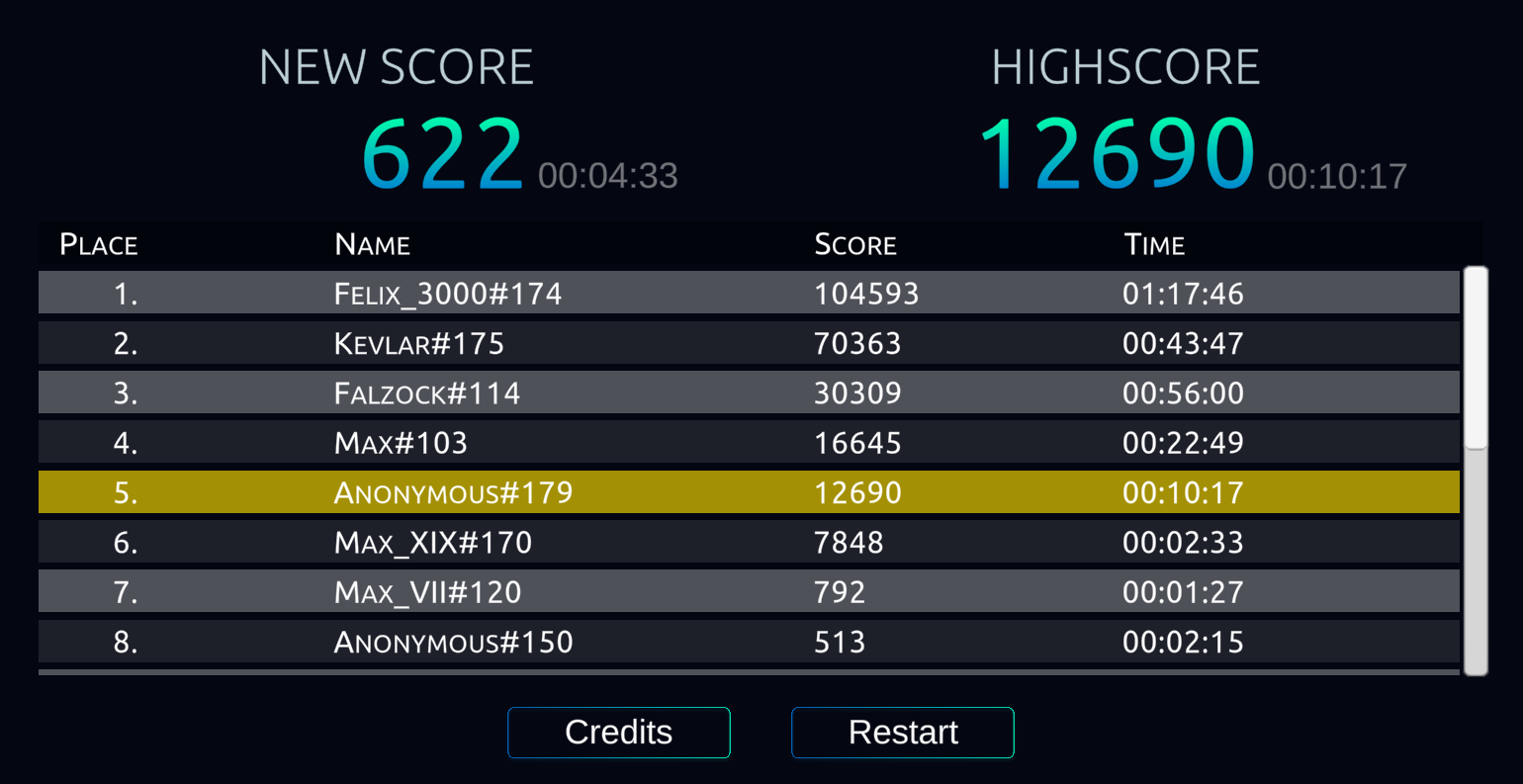 Now you're able to hear the sound of epic space fights in which you fight with military grate satellite systems.

Yes, we now in space you can't hear anything, but with our newest version, you can not only hear the sound, you can also control the volume!

We expanded the tutorial for new players. Now we teach how to begin the game. As before there are instructions on how to move and shoot but now also the principle of building. The player must build a panel with a laser weapon on top and learn, that he needs electricity to power it. After completing this tutorial, it won't be shown again.

The whole game looked very flat as there was only one repeating picture of stars. Three main parts work together to make it look much more interesting. First, there are purple clouds that made the background much more colourful. Secondly, the stars and clouds are generated in the world, so you don't have the same background all over again. Additionally, they aren't generated in one plain but split up in different one and move at a different speed to create the feeling of stars that are further away than others.

A short strategy space shooter in which you can build your own space battleship.